A Comfortable Wife Sented by Musa 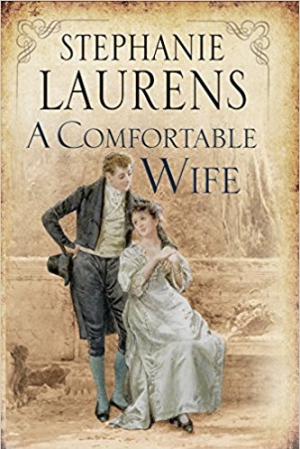 First published by Harlequin in 1997
Download book (pdf - 988.74 KB)
This link for educational purpose only. Please remove file from your computer after familiarization.

First published by Harlequin in 1997

This work remains under license to Harlequin, and goes in and out of print, or even e-book availability, but is frequently re-published or reissued in various forms, through various avenues, in various markets, at various times. Please note you may come across a publication that combines two or more of the original books, within the same volume, under a different title, or even combines one of Stephanie's books with works of other authors in a combined volume - again often with a different title.

The jacket blurb from the original UK edition:
"Antonia Mannering refused to become an old maid! She was a young woman with plans, and Lord Philip Ruthven played a large part in them. Though the childhood friends had not seen one another in years, she was perfectly aware that Philip had no lack of female companionship. But he had never married, and it was high time he did. If she could prove to him that she was capable of running his home and would not disgrace him in society, Antonia was certain he would propose a comfortable arrangement. But never had she expected that their hearts would somehow find their way into the bargain!"

Just One Night: One Night in His Arms\One Intimate Night

A Walk to Remember