A House of Pomegranates Sented by Luis 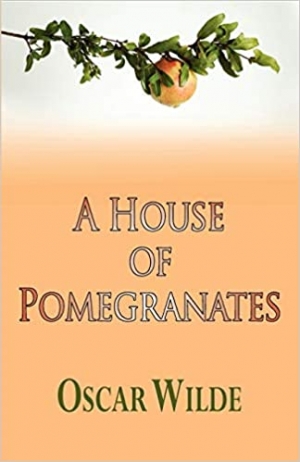 A House of Pomegranates

A House of Pomegranates is a collection of fairy tales, written by Oscar Wilde, that was published in 1891 as a second collection for The Happy Prince and Other Tales (1888). Wilde once said that this collection was "intended neither for the British child nor the British public."
Download book (epub - 848.08 KB)
This link for educational purpose only. Please remove file from your computer after familiarization.

The Young King tells the story of the illegitimate shepherd son of the recently dead king's daughter of an unnamed country. Being his only heir, he is brought to the palace to await his accession. There, he is in awe of the splendor of his new home and anxiously awaits his new crown, scepter, and robe which are soon to be delivered to him for his coronation in the morning.

During the night, he has three nightmares, one for each element of his raiment, showing him where they came from and how they were obtained. The first dream shows a group of starving peasants working at looms to weave his robe where they receive little payment or food despite being worked so hard. The second dream shows a group of slaves on a ship where one slave has his ears and nostrils filled with wax and sent underwater to find pearls for the scepter and dies after finding the best pearl. The third dream is the most elaborate and deals with the source of his new crown's rubies. In it, men excavate a dry riverbed in a tropical jungle, while overlooking them, the god Death tries to bargain with the goddess Avarice for a single grain of her corn. Each time Avarice refuses, Death calls Ague, Fever and Plague to kill one third of her servants.

On the coronation day, the Young King refuses the costume brought to him, and makes a crown from a loop of briers, a scepter from a stick, and wears his shepherds tunic in place of a robe. The nobles rebuke him for bringing shame to their class, the peasants for trying to deprive them of work, and the bishops for foolishly trying to take the world's suffering upon himself. The story ends with his approaching the altar of the cathedral alone, and his stick-scepter blossoming with white lilies, his brier-crown with red roses, and his robe colored by the light streaming through the stained-glass window; the bishop says that a much higher being (God) has officially crowned the young king.

The Bishop And Other Stories

The Witch A La Mode

The Stoker and the Stars

The Things that Make Me Weak and Strange Get Engineered Away

Diddling Considered as One of the Exact Sciences

Love Among the Haystacks

The Woman Who Rode Away And Other Stories

Twenty-Six and One and Other Stories

Youth and the Bright Medusa

The Canterbury Tales and Other Poems

The Stoker and the Stars

The Strange Adventures of MR Middleton

Chippings with a Chisel