America's Death Penalty: Between Past and Present Sented by Luis 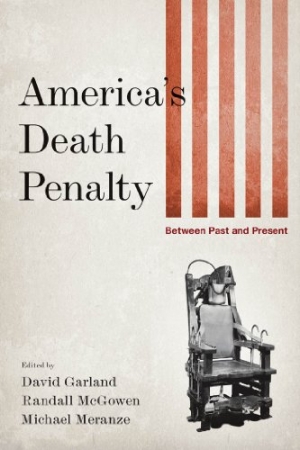 America's Death Penalty: Between Past and Present

Download book (pdf - 1.26 MB)
This link for educational purpose only. Please remove file from your computer after familiarization.

Over the past three decades, the United States has embraced the death penalty with tenacious enthusiasm. While most of those countries whose legal systems and cultures are normally compared to the United States have abolished capital punishment, the United States continues to employ this ultimate tool of punishment. The death penalty has achieved an unparalleled prominence in our public life and left an indelible imprint on our politics and culture. It has also provoked intense scholarly debate, much of it devoted to explaining the roots of American exceptionalism.
America's Death Penalty takes a different approach to the issue by examining the historical and theoretical assumptions that have underpinned the discussion of capital punishment in the United States today. At various times the death penalty has been portrayed as an anachronism, an inheritance, or an innovation, with little reflection on the consequences that flow from the choice of words. This volume represents an effort to restore the sense of capital punishment as a question caught up in history. Edited by leading scholars of crime and justice, these original essays pursue different strategies for unsettling the usual terms of the debate. In particular, the authors use comparative and historical investigations of both Europe and America in order to cast fresh light on familiar questions about the meaning of capital punishment. This volume is essential reading for understanding the death penalty in America.
Contributors: David Garland, Douglas Hay, Randall McGowen, Michael Meranze, Rebecca McLennan, and Jonathan Simon.