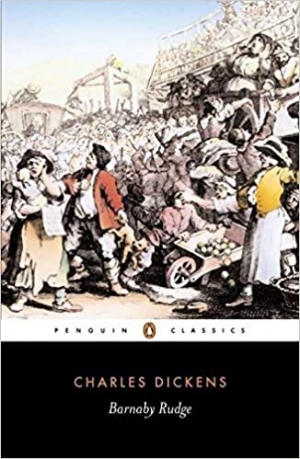 'One of Dickens' most neglected, but most rewarding, novels' Peter Ackroyd
Download book (epub - 1.28 MB)
This link for educational purpose only. Please remove file from your computer after familiarization.

Charles Dickens's Barnaby Rudge is a vivid portrait of London's descent into anarchy, where 'King Mob' rules the streets, and innocent lives are swept up in the chaos. Set against the backdrop of the Gordon Riots of 1780, Barnaby Rudge is a story of mystery and suspense which begins with an unsolved double murder and goes on to involve conspiracy, blackmail, abduction and retribution. Through the course of the novel fathers and sons become opposed, apprentices plot against their masters and Protestants clash with Catholics on the streets. And, as London erupts into riot, Barnaby Rudge himself struggles to escape the curse of his own past. With its dramatic descriptions of public violence and private horror, its strange secrets and ghostly doublings, Barnaby Rudge is a powerful, disturbing blend of historical realism and Gothic melodrama. This edition is based on the one-volume publication of Barnaby Rudge, reproducing all the original illustrations by 'Phiz' and George Cattermole. Appendices include a map of London at the time of the Gordon Riots and the preface to the 1868 edition.