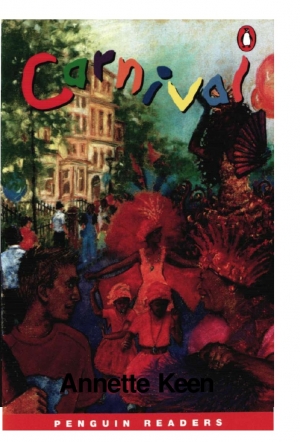 One of a series of simplified educational editions written for learners of English as a foreign language.
Download book (pdf - 1.26 MB)
This link for educational purpose only. Please remove file from your computer after familiarization.

is a fictional story about a thief who steals avery expensive painting from an art gallery.At the beginning of thestory Harry, the thief, comes into the art gallery and cuts thepainting from its frame. On the way out he knocks over a table andbreaks a beautiful vase. He laughs because he has broken a veryexpensive object.Harry goes back to the rooming house where he rents a room, andhides the painting under his bed. Janey, the daughter of therooming house owner, thinks recycling is very important – shealways recycles bottles and newspapers. On Friday in the storyshe collects old newspapers from the house, including thenewspaper under Harry’s bed! She puts them in a box to give tothe recycling van.Harry is not at home. He is trying to sell the painting. He comeshome as Janey is putting the box in the van. He gets very worriedand jumps into the van to find his newspaper. Janey sees a pieceof broken glass in his shoe. It is the glass from the beautiful vaseand Janey has seen the vase on the news on television. She callsthe police and they come and take Harry away.