Dark Tourism in the American West Sented by Luis 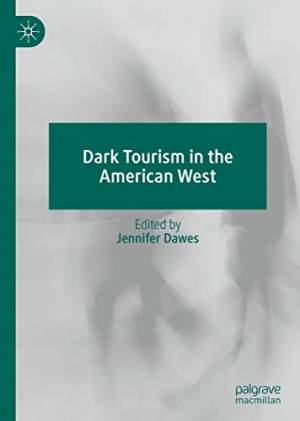 Dark Tourism in the American West

Download book (pdf - 4.55 MB)
This link for educational purpose only. Please remove file from your computer after familiarization.

This edited collection expands scholarly and popular conversations about dark tourism in the American West. The phenomenon of dark tourism—traveling to sites of death, suffering, and disaster for entertainment or educational purposes—has been described and, on occasion, criticized for transforming misfortune and catastrophe into commodity. The impulse, however, continues, particularly in the American West: a liminal and contested space that resonates with stories of tragedy, violent conflict, and disaster. Contributions here specifically examine the mediation and shaping of these spaces into touristic destinations. The essays examine Western sites of massacre and battle (such as Sand Creek Massacre National Historic Site and the “Waco Siege”), sites of imprisonment (such as Japanese-American internment camps and Alcatraz Island), areas devastated by ecological disaster (such as Martin’s Cove and the Salton Sea), and unmediated sites (those sites left to the touristic imagination, with no interpretation of what occurred there, such as the Bennet-Arcane camp).

A Stable for Nightmares Sented by Cameron

Heather Cocks and Jessica Morgan - The Royal We Sented by Luis