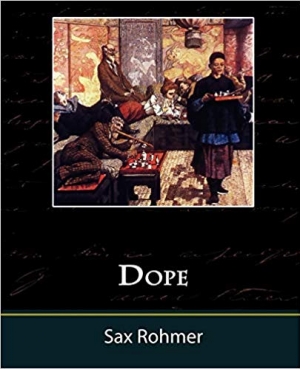 Sax Rohmer was the pseudonym used by Arthur Henry Sarsfield Ward. Ward was a British novelist born in 1883.
Download book (epub - 294.93 KB)
This link for educational purpose only. Please remove file from your computer after familiarization.

Sax Rohmer was the pseudonym used by Arthur Henry Sarsfield Ward. Ward was a British novelist born in 1883. He is most remembered for his series of novels featuring the master criminal Dr Fu Manchu. The evil Fu Manchu would disguise himself in order to have his victims destroy each other. Fu Manchu plotted against good and spent his time trying to out wit Scotland Yard. The series was extremely popular in the fist half of the 20th century. Besides the novels, there were comic strips, movies and a TV series. In Dope sinister Eastern forces try to gain control of the opium trade. This tale of terror has several of the memorable characters from Rohmer's other adventure tales such as the dream reader, Kazmah. This is an excellent selection for anyone interested in the classic detective noels of Sax Rohmer.