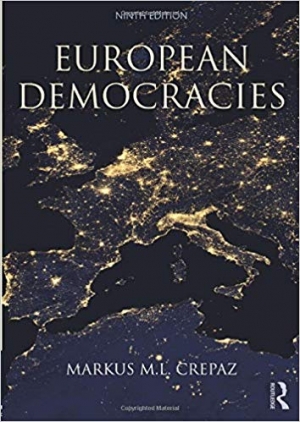 Download book (pdf - 5.11 MB)
This link for educational purpose only. Please remove file from your computer after familiarization.

European Democracies is an introduction to the politics and governments of Western, Central, and Eastern Europe. Organized thematically rather than country-by-country, this fully revised edition examines topics such as electoral systems, the European Union, refugees and the welfare state, and asks how to explain variations in policy outcomes, and how globalization is affecting European Democracies, among others. Throughout, the author treats Europe as a single but diverse entity and asks readers to compare what they learn about European politics with the politics of their own country.

Key features in this new edition include:

This key, in-depth text will be essential reading to anyone interested in European politics and comparative politics.