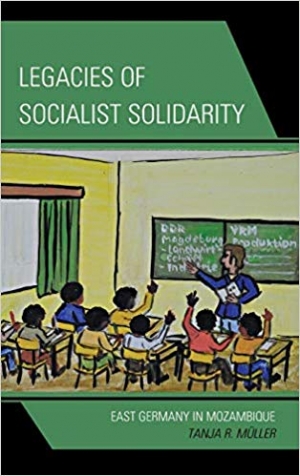 Download book (epub - 1.89 MB)
This link for educational purpose only. Please remove file from your computer after familiarization.

More than twenty-five years after the fall of the Berlin Wall and the end of the Cold War, this book looks afresh at some of the lasting legacies of that period in history. It does so by focusing on individual life trajectories of a group of people whose adolescence was shaped by the politics of socialism and the transitions within it. Through their life histories, Legacies of Socialist Solidarity offers an alternative reading of Mozambique’s socialist past with important repercussions for the present.

At the center of the book are the life histories of a group of then youth who attended one of the largest educational exchange projects between two socialist countries, Mozambique and former East Germany, in the 1980s. Having been educated in East Germany to become part of a future socialist elite back home, the book’s protagonists returned to a Mozambique that had meanwhile embarked on the new path of capitalist development. Their qualifications and skills were of little relevance, and the new Mozambican government regarded them as a threat rather than an asset. The book analyzes the life courses of some of those who spent their adolescence in East Germany with a focus on personal aspirations, political orientation, collective memories, and shared horizons. It shows lasting legacies of socialist beliefs and practices. In placing those into the context of the broader political developments in Mozambique, the book explores an important dimension for the understanding of contemporary Mozambique.

In addition, it makes a significant contribution to the comprehension of socialist cosmopolitanism and resulting patterns of identity and belonging, and to the wider literature on post-socialist change, the decentering of Cold War histories, and the pervasiveness of the political in everyday lives.

Personal Recollections of Joan of Arc