No Easy Target Sented by Luis 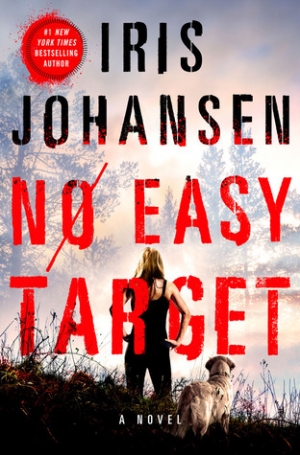 ON THE RUN
Margaret Douglas has worked hard to put her painful past behind her. Raised off the grid in an abusive home, her only escape was the nearby forest where she sought refuge whenever she could. There, in the peaceful woods, she discovered a strange gift: the ability to understand animals and to communicate with them. Now, Margaret wants nothing more than to live a quiet life, close to the animals and under the radar. But her abilities have not gone unnoticed...and there are those who would use them for their own purposes. Determined not to be a pawn in anyone's game, every time someone gets too close, Margaret uproots her life and outruns them.
INTO THE LINE OF FIRE
When CIA operative John Lassiter breaks into Margaret's apartment, she vanishes again. Still, Lassiter has good reason to be persistent: one of his men is being held captive by an unrelenting enemy--someone who has set his sights on Margaret. Which means that Lassiter must control her to use her as bait...With danger in hot pursuit, Margaret finds herself matching wits with a man who refuses to stop or be stopped. Turning from the hunted to the hunter, Margaret must use everything she has ever learned to not only survive, but to defeat a great evil. And to prove once and for all that she's no easy target. . .

This edition of the book is the deluxe, tall rack mass market paperback.

Such Dark Things: A Novel of Psychological Suspense

The Best American Noir of the Century

Coding with JavaScript For Dummies Sented by Shon