Oasis: The Truth: My Life as Oasis's Drummer Sented by Musa 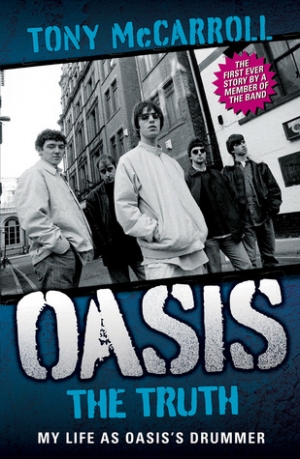 The candid and hilarious tale of the first five years of Oasis, from their founding drummer
Download book (epub - 1.31 MB)
This link for educational purpose only. Please remove file from your computer after familiarization.

The candid and hilarious tale of the first five years of Oasis, from their founding drummer

Tony McCarroll joined Oasis when they were still a band called The Rain. What started as five young men with a common dream of becoming rock stars eventually disintegrated into in-fighting, ego clashes, and financial disputes, until in 1995, following the release of Definitely Maybe, things came to a head and Tony left the band. Here, Tony reveals the truth about the early years before the band was formed. He discusses the drug consumption, the sexual activities, his much-publicized rift with Noel Gallagher, and how he was duped into signing a less-than-favorable record contract. His recollections include stories involving David Beckham, Prince, Eric Cantona, and John McEnroe. Witty, revealing, and fascinating, this book is a must-read for Oasis fans.