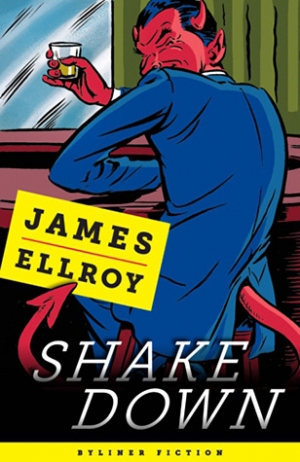 James Ellroy is an American original of the most profane order. The bestselling author of the noir classics L.A. Confidential, The Black Dahlia, and The Cold Six Thousand, he has been hailed by the Los Angeles Times as “one of the best writers of our era.” A self-proclaimed Luddite, Ellroy is turning to technology for the first time with the publication of Shakedown, a novella released by the digital publisher Byliner.
Download book (epub - 165.27 KB)
This link for educational purpose only. Please remove file from your computer after familiarization.

In it, Ellroy is as frenetically depraved as ever, minting an antihero who is a cad for the ages. Meet Freddy Otash: a corrupt cop turned sleaze hustler, extortionist, pimp, and an actual historical figure who made the 1950s magazine Confidential the go-to source for the sins of the rich and famous. In his prime, Freddy raised hell, and in the pages of Shakedown he finds himself stuck in purgatory—-literally—-waiting for a transfer to heaven. Will he make it there, or will fate keep him down below? Promised redemption if he confesses his past sins and transgressions, Freddy writes a tell-all peopled by Hollywood greats like Elizabeth Taylor, Marilyn Monroe, John Wayne, and James Dean (to name a few) who are up to all sorts of wrong. Threesomes, foursomes, you name it—-anything goes in this licentious world. Shakedown explodes the postwar America of June and Ward Cleaver, breathing randy new life into the man who whetted our national appetite for sex and scandal. Freddy’s lack of scruples—-and lack of morality—-make today’s gossip culture seem almost innocent. What’s true and what’s fiction? Ellroy’s certainly not telling.