The Card: A Story of Adventure in the Five Towns Sented by Luis 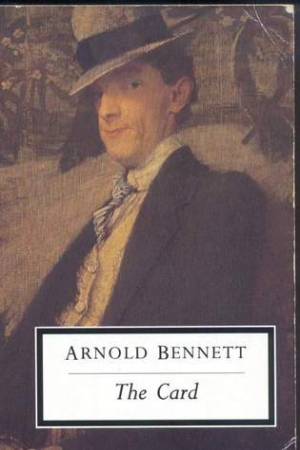 The Card: A Story of Adventure in the Five Towns

Enoch Arnold Bennett was a British novelist.His most famous works are the Clayhanger trilogy, The Card and The Old Wives' Tale. These books draw on his experience of life in the Potteries, as did most of his best work. The Card is a short comedic novel written by Arnold Bennett in 1911. It was later made into a 1952 movie starring Alec Guinness and Petula Clark. It chronicles the rise of Edward Henry ("Denry") Machin from washerwoman's son to Mayor of Bursley (a fictitious town based on Burslem).
Download book (epub - 608.74 KB)
This link for educational purpose only. Please remove file from your computer after familiarization.

One of fiction's greatest chancers - the story of Denry Machin and his unceasing, ingenious efforts to become a great man Set in the raw, Victorian world of the 'Five Towns', The Card tells the extremely funny and tangled story of Denry Machin's rise from mediocrity to fame through a series of ludicrous and yet perversely successful schemes. He dances, pleads, cheats and inspires his way through life in a series of set-pieces which wonderfully evoke a now long-gone world of civic balls, seaside excursions, newspaper boys and patent chocolate remedies. As everybody said after one of his most stylish coups, Denry 'was not simply a card; he was the card.'

The Novel of the Black Seal

The Adventures of Huckleberry Finn

The House of Pride

The Girl with the Dragon Tattoo Sented by Paul

Serafina and the Black Cloak (Serafina #1) Sented by Luis