The Door in the Wall Sented by Emma 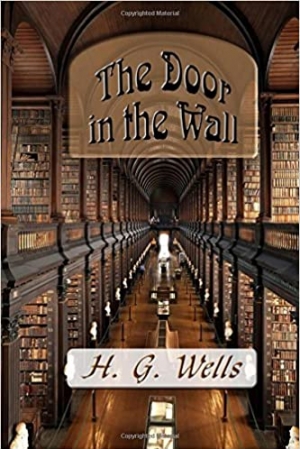 H. G. Wells’s short story “The Door in the Wall” was first published in 1911 as part of a collection titled The Door in the Wall, and Other Stories. The conflict between science and imagination is the major theme of the story, which was enormously popular when it first appeared.
Download book (epub - 738.71 KB)
This link for educational purpose only. Please remove file from your computer after familiarization.

H. G. Wells’s short story “The Door in the Wall” was first published in 1911 as part of a collection titled The Door in the Wall, and Other Stories. The conflict between science and imagination is the major theme of the story, which was enormously popular when it first appeared. Today Wells’s reputation rests almost entirely upon his science fiction novels, which include The Time Machine (1895), The Island of Dr. Moreau (1896), The Invisible Man (1897), and The War of the Worlds (1898), all of which are acknowledged classics of the science fiction genre and continue to be widely read and adapted into other media. “The Door in the Wall” is considered by both readers and critics to be Wells’s finest short story. “The Door in the Wall” examines an issue to which Wells returned repeatedly in his writing: the contrast between aesthetics and science and the difficulty of choosing between them. The protagonist, Lionel Wallace, possesses a vivid imagination but goes into politics, where he is considered extremely rational. Wells himself was both a trained scientist and a writer of fiction, and this theme recurs in several guises in Wells’s work. The story suggests both the magic and the danger of a nostalgia for a buried time. It is a story about politician Wallace who, while growing up in a joyless home, discovers a door in a wall leading to an enchanted garden. Wells’s recurrent theme of science versus art is part of a wider contrast between the rational and the imaginative elements of experience. Wells has often been seen as being caught on an intellectual battleground between his scientific training in rational thought and his gift of a vivid imagination. Wallace’s inability to bridge the gap between his imagination and his rational, scientific side leads to his death.

The Man Who Saw the Future by Edmond Hamilton, Science Fiction, Adventure

Down the Rabbit Hole

The Gemini Hustle (The Zodiac Files)

Problem at Pollensa Bay and Other Stories Sented by Shon