The Female Quixote Sented by Shon 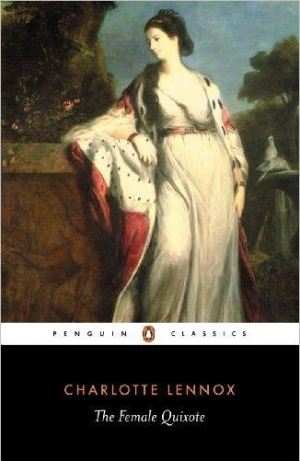 A young woman is caught up in her ideas about romance and valor in this celebrated eighteenth-century parody of Don Quixote
Download book (epub - 2.14 MB)
This link for educational purpose only. Please remove file from your computer after familiarization.

Beautiful and independent, Arabella has been brought up in rural seclusion by her widowed father. Devoted to reading French romances, the sheltered young woman imagines all sorts of misadventures that can befall a heroine such as herself. As she makes forays into fashionable society in Bath and London, many scrapes and mortifications ensue - all men seem like predators wishing to ravish her, she mistakes a cross-dressing prostitute for a distressed gentlewoman, and she risks her life by throwing herself into the Thames to avoid a potential seducer. Can Arabella be cured of her romantic delusions? An immediate success when it first appeared in 1752, The Female Quixote is a wonderfully high-spirited parody of the style of Cervantes, and a telling and comic depiction of eighteenth-century English society.

They All Fall Down

The Hail You Say

A Bend in the Road

The Search for Aveline