The Man From Rome Sented by Luis 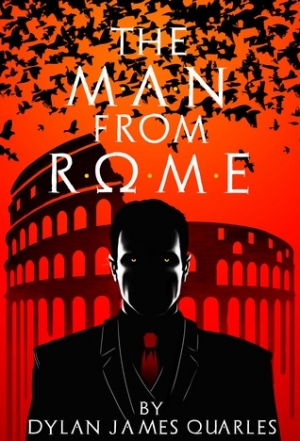 Rome is a city like no other, protected by a man like no other. He is the unnamed Immortal, the Man from Rome, and he is under attack.
Download book (epub - 374.61 KB)
This link for educational purpose only. Please remove file from your computer after familiarization.

Rome is a city like no other, protected by a man like no other.
He is the unnamed Immortal, the Man from Rome, and he is under attack.

An agent of his secret order has been murdered, her tongue ripped out, her throat coated in molten silver. The killing is meant to be a message, a warning that old enemies have resurfaced to punish the Man for the sins of his past.

Forced to retaliate, the Man sets in motion a sequence of events which pit an American thief, a Roman policewoman, and a fallen Olympian against one another in all-out war. The streets of Rome become a battleground where the supernatural clash with the mortal, and the Eternal City bears witness to yet another chapter in its storied history of violence.

Vengeance reigns supreme in this, the newest Novel from Dylan James Quarles.

The House Between Tides

The Girl with the Golden Eyes

The Next Time We Die

Because of the Dollars

Race to the Kill