The Man of Legends Sented by Musa 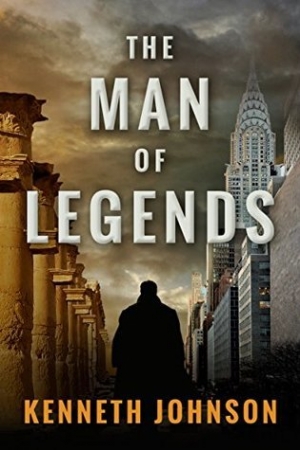 In another part of town, Will-an enigmatic thirty-three-year-old of immense charm, wit, and intelligence-looks forward to the new year with hope and trepidation. Haunted by his secret past and shadowed by a dangerous stranger, he finds himself the object of an intense manhunt spearheaded by an ambitious Vatican emissary and an elderly former UN envoy named Hanna.

During the next forty-eight hours, a catastrophic event unites Will, Jillian, and Hanna-and puts them in the crosshairs of a centuries-old international conspiracy. Together, the three must unravel an ancient curse that stretches back two millennia and beyond, and face a primal evil that threatens their lives and thousands more.

The Novel of the Black Seal

The Man Whom the Trees Loved

The Color of Tea

History of Henry Esmond, The

If You're Going to Live in the Country

The Life She Left Behind (The Santina Crown 0.5)

Heather Cocks and Jessica Morgan - The Royal We Sented by Luis