The Songs of the South: An Anthology of Ancient Chinese Poems by Qu Yuan and Other Poets Sented by Shon 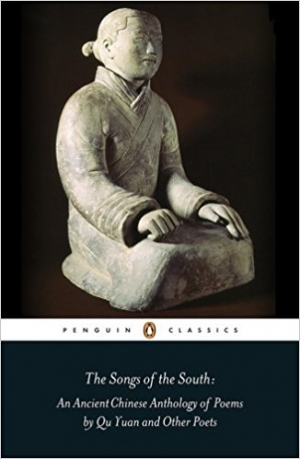 The Songs of the South: An Anthology of Ancient Chinese Poems by Qu Yuan and Other Poets

Masterworks of early Chinese poetry
Download book (epub - 3.05 MB)
This link for educational purpose only. Please remove file from your computer after familiarization.

Dating from the second century AD, this anthology is the second- oldest collection of Chinese poems in existence. The poems, originating from the state of Chu and rooted in Shamanism, are grouped under seventeen titles and contain all that we know of Chinese poetry's ancient beginnings. The earliest poems were composed in the fourth century BC, and almost half of them are traditionally ascribed to Qu Yuan. In his introduction to this edition, David Hawkes provides a fascinating discussion of the history of these poems and their context, styles, and themes.

The Wine of Wisdom: The Life, Poetry and Philosophy of Omar Khayyam

The Unimagined in the English Renaissance: Poetry and the Limits of Mimesis

Walt Whitman: The Measure of His Song, 2nd Revised Edition

A Portrait of the Artist as a Young Man

Reading Our Lives: The Poetics of Growing Old

In the Air: Essays on the Poetry of Peter Gizzi

The Poems of Gerard Manley Hopkins

Master poets, ritual masters: The art of oral composition among the Rotenese of Eastern Indonesia

Trinity of Discord: The Hymnal and Poetic Innovations of Isaac Watts, Charles Wesley, and William Cowper

How Long Is the Present: Selected Talk Poems of David Antin