The Thought of Bernard Stiegler: Capitalism, Technology and the Politics of Spirit Sented by Daniel 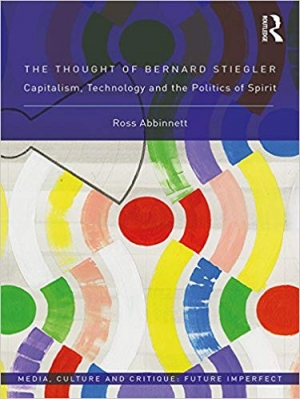 The Thought of Bernard Stiegler: Capitalism, Technology and the Politics of Spirit

Download book (epub - 715.09 KB)
This link for educational purpose only. Please remove file from your computer after familiarization.

This book provides a comprehensie account of the work of Bernard Stiegler, one of the most influential living social and political philosophers of the twenty-first century. Focusing on Stiegler's thought on hyperindustrial society and the development of technological systems through which the social, economic and political life of human beings has been transformed, the author examines Stiegler's claim that the human species is 'originally technological' and that to understand the evolution of human society, we must first understand the interface between human beings and technology.

A study of the reciprocal development of technical instruments and human faculties, that offers a chapter-by-chapter account of how this relationship is played out in the digital, informatic and biotechnological programmes of hyperindustrial society, The Thought of Bernard Stiegler develops Stiegler's idea of technology as a pharmakon: a network of systems that provoke both existential despair and unprecedented modes of aesthetic, literary and philosophical creativity that can potentially revitalize the political culture of human beings.

As such, it will appeal to social and political theorists and philosophers concerned with our postmodern inheritance.

Child Soldiers and the Defence of Duress under International Criminal Law

Polygyny: What It Means When African American Muslim Women Share Their Husbands

Polygyny: What It Means When African American Muslim Women Share Their Husbands

Ignoring the Apocalypse: Why Planning to Prevent Environmental Catastrophe Goes Astray (Politics and the Environment)

Drug Trafficking, Organized Crime, and Violence in the Americas Today

Health, Food and Social Inequality: Critical Perspectives on the Supply and Marketing of Food

Presidents, Parties, and Prime Ministers: How the Separation of Powers Affects Party Organization and Behavior

Experts and Cultural Narcissism: Relations in the Early 21st Century

A Little Human's View: The Truth of Existence, True Values and The Necessity of Creating a Healthy Human Culture

The Aporia of Rights: Explorations in citizenship in the era of human rights

Sex, Love, and Migration: Postsocialism, Modernity, and Intimacy from Istanbul to the Arctic

Rediscovering America: Liberty, Equality and the Crisis of Democracy

Contesting Medical Confidentiality - Origins of the Debate in the United States, Britain, and Germany

The Bridges of Madison County Sented by Shon

Learn Raspberry Pi Programming with Python: Learn to Program on the World's Most Popular Tiny Computer Sented by Emma