The War of the Worlds Sented by Luis 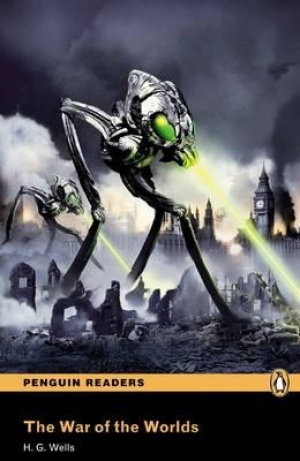 The War of the Worlds is one of the most frightening science fiction novels ever written. When a spaceship falls from the sky and lands in southern England, few people are worried. But when strange creatures climb out and start killing, nobody is safe.
Download book (pdf - 1.54 MB)
This link for educational purpose only. Please remove file from your computer after familiarization.

The War of the Worlds is one of the most important science fiction classics of all time. It tells the story of Martians arriving on Earth with a plan to destroy human life and make the planet their own. The story is reported directly by a survivor of the Martian war – a writer, whose name we never learn. One summer night, at the end of the nineteenth century, a strange cylinder falls to Earth near the English town of Woking. Few people are interested at first, but then the end of the cylinder unscrews and a strange, grey creature – a Martian – emerges. Within minutes the Martians are attacking people with rays of heat, which destroy everything in their path. When the Martians start moving towards London and the news spreads, the population panics. Within days there are six million refugees fighting to escape London. Thousands of people are being killed every day and the Martians are only becoming stronger. Just when things seem most desperate, the writer discovers that the Martians are being killed by Earth’s germs. Against the odds he is reunited with his wife and left to reflect upon the huge influence that the war has had upon humankind.

The Friend: A Novel

The Misfortunes of Virtue and Other Early Tales (Oxford World's Classics)

The Abbot's Ghost: A Christmas Story

A Walk to Remember Sented by Luis