The Winds of Fate Sented by Paul 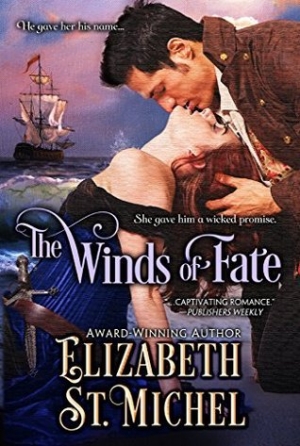 Claire Hamilton will do anything to avoid marrying the vile duke to whom her uncle has her betrothed—including marrying convicted felon Dr. Devon Blackmon, a prisoner in Newgate Prison.
Download book (epub - 545.17 KB)
This link for educational purpose only. Please remove file from your computer after familiarization.

Claire Hamilton will do anything to avoid marrying the vile duke to whom her uncle has her betrothed—including marrying convicted felon Dr. Devon Blackmon, a prisoner in Newgate Prison.

In retaliation, Claire is banished to the wild outpost of Jamaica, where on impulse she buys a slave of her own, only to discover that she has inadvertently bought her own husband—a move that does anything but endear him to his new “wife.”

Forced together in order to fight the deadly plague ravaging the island, Claire and Blackmon slowly develop a forbidden friendship that neither expected. Wildly untrusting on both sides, they struggle to navigate their newfound positions—until Blackmon seizes a chance to escape, soon rising to fame as the Black Devil Pirate, commanding his Caribbean kingdom and striking fear in the crowned heads of Europe.

But the outlaw is not finished with Claire yet, as their paths eventually cross once again and Blackmon takes her captive.

Caught in a war between France, England, and their own hearts, will Claire and Blackmon survive?

The Purloining of Prince Oleomargarine

The Sheikh's Heir (The Santina Crown #2)