We See Everything Sented by Musa 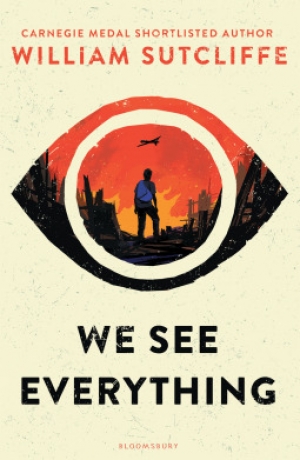 Lex lives on The Strip – the overcrowded, closed-off, bombed-out shell of London. He’s used to the watchful enemy drones that buzz in the air above him.
Download book (epub - 972.70 KB)
This link for educational purpose only. Please remove file from your computer after familiarization.

Lex lives on The Strip – the overcrowded, closed-off, bombed-out shell of London. He’s used to the watchful enemy drones that buzz in the air above him.

Alan’s talent as a gamer has landed him the job of his dreams. At a military base in a secret location, he is about to start work as a drone pilot.

These two young men will never meet, but their lives are destined to collide. Because Alan has just been assigned a high-profile target. Alan knows him only as #K622. But Lex calls him Dad.

See You in September

What Christmas Is As We Grow Older

See What I Have Done

Do Not Say We Have Nothing

To Capture What We Cannot Keep