A Negro Explorer at the North Pole Sented by Emma 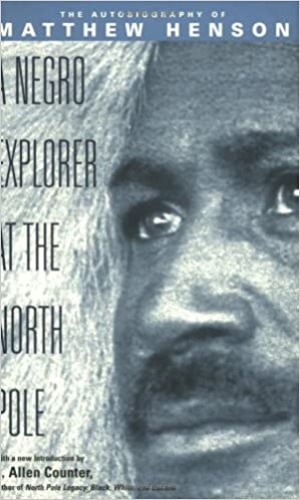 A Negro Explorer at the North Pole

When Commander Robert Peary reached the North Pole on April 6, 1909, one other American was with him—Matthew Henson, a black man from Maryland who had been Peary’s faithful companion through 22 years of polar exploration.
Download book (pdf - 690.12 KB)
This link for educational purpose only. Please remove file from your computer after familiarization.

When Commander Robert Peary reached the North Pole on April 6, 1909, one other American was with him—Matthew Henson, a black man from Maryland who had been Peary’s faithful companion through 22 years of polar exploration. This is Henson’s story in his own words, from his early years as a sailor to his meeting Robert Peary and their multiple expeditions to the North Pole. Filled with hair-breadth escapes from disaster and haunting evocations of life in the Arctic, this classic of exploration literature reveals Henson as the true hero of the journey, one who had been forced to accept a lower status because of his race. It was Henson who learned to speak the native tongue of the Eskimos, Henson who handled the dogs and broke the trail, and Henson who arrived first at the North Pole after being purposely left behind by Peary. New to this edition are rare articles and photos of the expedition that Henson published to set the record straight.

A Journey of Little Profit

The River War An Account of the Reconquest of the Sudan

A Smarter Way to Learn JavaScript: The new approach that uses technology to cut your effort in half Sented by Luis