A Pair of Blue Eyes: By Thomas Hardy Sented by Luis 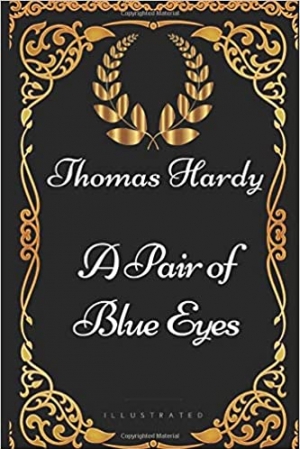 A Pair of Blue Eyes: By Thomas Hardy

A Pair of Blue Eyes by Thomas Hardy describes the love triangle of a young woman, Elfride Swancourt, and her two suitors from very different backgrounds.
Download book (pdf - 1.39 MB)
This link for educational purpose only. Please remove file from your computer after familiarization.

A Pair of Blue Eyes by Thomas Hardy describes the love triangle of a young woman, Elfride Swancourt, and her two suitors from very different backgrounds. Stephen Smith is a socially inferior but ambitious young man who adores her and with whom she shares a country background. Henry Knight is the respectable, established, older man who represents London society. Although the two are friends, Knight is not aware of Smith's previous liaison with Elfride. Elfride finds herself caught in a battle between her heart, her mind and the expectations of those around her – her parents and society. When Elfride's father finds that his guest and candidate for his daughter's hand, architect's assistant Stephen Smith, is the son of a mason, he immediately orders him to leave. Knight, who is a relative of Elfride's stepmother, is later on the point of seeking to marry Elfride, but ultimately rejects her when he learns she had been previously courted. Elfride, out of desperation, marries a third man, Lord Luxellian. The conclusion finds both suitors travelling together to Elfride, both intent on claiming her hand, and neither knowing either that she is already married or that they are accompanying her corpse and coffin as they travel. Thomas Hardy was an English novelist, short story writer, and poet of the naturalist movement. The bulk of his work, set mainly in the semi-imaginary county of Wessex, delineates characters struggling against their passions and circumstances. Hardy's poetry, first published in his fifties, has come to be as well regarded as his novels, especially after the 1960s Movement.

A Mysterious Life and Calling: From Slavery to Ministry in South Carolina (Wisconsin Studies in Autobiography)

To Throw Away Unopened: A Memoir

Dance of the Nomad: A Study of the Selected Notebooks of A. D. Hope

Hal Moore on Leadership: Winning When Outgunned and Outmanned

A Certain Light: A Memoir of Family, Loss and Hope

The Education of Henry Adams

On a Clear Night: Essays from the Heartland

Bridge Burning and Other Hobbies

4th and Goal Every Day: Alabama's Relentless Pursuit of Perfection

Riding the Elephant A Memoir of Altercations, Humiliations, Hallucinations, and Observations

How To Code in Node.js Sented by Jacob