A Prisoner in Fairyland Sented by Sarah Gerdes 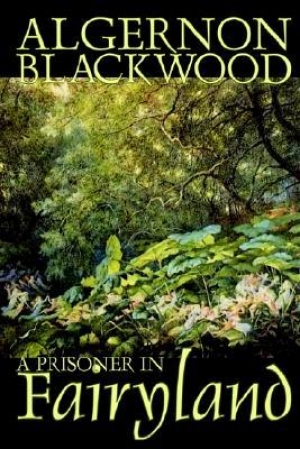 A Prisoner in Fairyland

In the train, even before St. John's was passed, a touch of inevitable reaction had set in, and Rogers asked himself why he was going.
Download book (pdf - 1.39 MB)
This link for educational purpose only. Please remove file from your computer after familiarization.

In the train, even before St. John's was passed, a touch of inevitable reaction had set in, and Rogers asked himself why he was going. For a sentimental journey was hardly in his line, it seemed. But no satisfactory answer was forthcoming -- none, at least, that a Board or a Shareholders' Meeting would have considered satisfactory. The old vicar spoke to him strangely. "We've not forgotten you as you've forgotten us," he said. "And the place, though empty now for years, has not forgotten you either, I'll be bound." Rogers brushed it off. Just silliness -- that was all it was. But after St. John's the conductor shouted, "Take your seats! Take your seats! The Starlight Express is off to Fairyland! Show your tickets! Show your tickets!" And then the forgotten mystery of his childhood came back to him.

The Fairies and the Christmas Child

Child Christopher and Goldilind the Fair

A Ghost of a Chance

The Book of Fables and Folk Stories

When The Stone Shepherds Awaken