A Winter Amid the Ice Sented by Luis 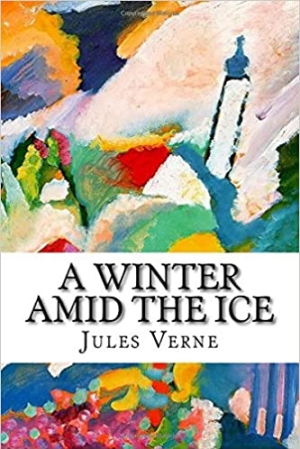 A Winter Amid the Ice

Doctor Ox's Experiment --Master Zacharius -- A Drama in the Air -- A Winter Amid the Ice -- Ascent of Mont Blanc
Download book (pdf - 943.64 KB)
This link for educational purpose only. Please remove file from your computer after familiarization.

”A Winter amid the Ice” (French: Un hivernage dans les glaces) is an 1855 short adventure story by Jules Verne. The story was first printed in April–May 1855 in the magazine Musée des familles. It was later reprinted by Pierre-Jules Hetzel in the collection Doctor Ox (1874), as part of the Voyages Extraordinaires series. Three English translations (”A Winter amid the Ice” by George Makepeace Towle, ”A Winter Among the Ice-Fields” by Abby L. Alger, and ”A Winter’s Sojourn in the Ice” by Stephen William White) were published in 1874.

For Name and Fame

A Stable for Nightmares

A Columbus of Space