A Woman Who Went to Alaska Sented by Carlos 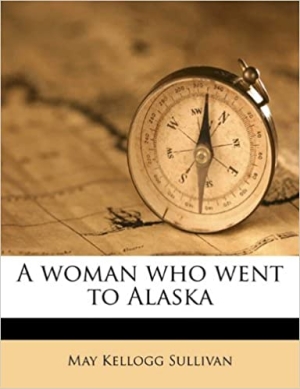 A Woman Who Went to Alaska

This unpretentious little book is the outcome of my own experiences and adventures in Alaska. Two trips, covering a period of eighteen months and a distance of over twelve thousand miles were made practically alone.
Download book (pdf - 1.15 MB)
This link for educational purpose only. Please remove file from your computer after familiarization.

This unpretentious little book is the outcome of my own experiences and adventures in Alaska. Two trips, covering a period of eighteen months and a distance of over twelve thousand miles were made practically alone. In answer to the oft-repeated question of why I went to Alaska I can only give the same reply that so many others give: I wanted to go in search of my fortune which had been successfully eluding my grasp for a good many years. Neither home nor children claimed my attention. No good reason, I thought, stood in the way of my going to Alaska; for my husband, traveling constantly at his work had long ago allowed me carte blanche as to my inclinations and movements. To be sure, there was no money in the bank upon which to draw, and an account with certain friends whose kindness and generosity cannot be forgotten, was opened up to pay passage money; but so far neither they nor I have regretted making the venture. I had first-class health and made up in endurance what I lacked in avoirdupois, along with a firm determination to take up the first honest work that presented itself, regardless of choice, and in the meantime to secure a few gold claims, the fame of which had for two years reached my ears. In regard to the truthfulness of this record I have tried faithfully to relate my experiences as they took place. Not all, of course, have been included, for numerous and varied trials came to me, of which I have not written, else a far more thrilling story could have been told

At the Fall of Port Arthur

David and the Phoenix

An Outpost Of Progress

A Fragment of Life

A Slave is a Slave

Within A Budding Grove

A Strange Manuscript Found in a Copper Cylinder

Hanging by a Thread