Across the margins: Cultural identity Sented by Daniel 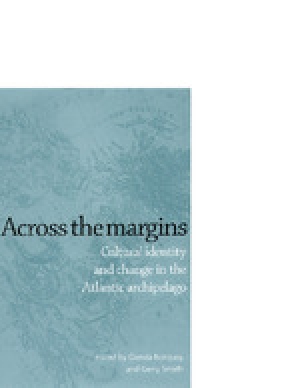 Across the margins: Cultural identity

Across the margins offers a comparative, theoretically informed analysis of the cultural formation of the Atlantic Archipelago.
Download book (pdf - 1.38 MB)
This link for educational purpose only. Please remove file from your computer after familiarization.

Across the margins offers a comparative, theoretically informed analysis of the cultural formation of the Atlantic Archipelago. In its overall conception and in specific contributions (including an introductory essay), this collection demonstrates the benefits of working across the disciplines of history, geography, literature and cultural studies, but also presents new configurations of cultural forms hitherto associated with specifically national and sub-national literatures. The essays, from both established and new scholars working in the fields of British, Irish and comparative cultural studies, addresses broad questions raised by the interface between language, gender, sexuality and ethnicity in relation to marginal identities, but also includes specific genre-based case studies on contemporary poetry, fiction, drama, popular music and art. This format recognises the importance of specific concerns which emerge from different geographical locations, but also encourages movement beyond traditional formations of national cultures. Responding to recent constitutional developments in Great Britain and Ireland, it explores their implications both for the cultural negotiations of marginality and for established critical paradigms. It is therefore of interest to undergraduates, postgraduates and academics working in the areas of comparative literature, postcolonial theory, Irish, Scottish and Welsh studies, and British political/cultural studies.

Africa, the Cradle of Human Diversity

The Anatomy of the Commodore 64

Floating Coast: An Environmental History of the Bering Strait

Across the Oceans: Development of the overseas business information transmission

Afghanistan’s Islam: From Conversion to the Taliban

All in the Family

Acoustics of the Vowel - Preliminaries

Copyright for Librarians: The Essential Handbook

Advances in the study of Siouan languages and linguistics