Ahead of the Army Sented by Jacob 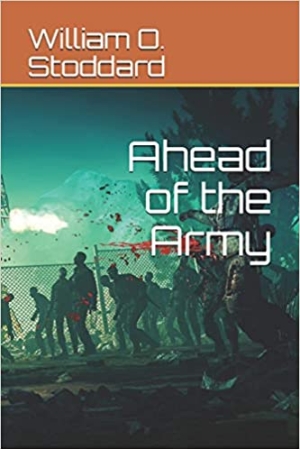 Ahead of the Army

Book Excerptfended fortress. This was already partly in ruins, and the besiegers had good reasons for their expectation that in due season they were to see the Stars and Stripes come down from the shattered rampart.
Download book (pdf - 849.29 KB)
This link for educational purpose only. Please remove file from your computer after familiarization.

Book Excerptfended fortress. This was already partly in ruins, and the besiegers had good reasons for their expectation that in due season they were to see the Stars and Stripes come down from the shattered rampart. It did not seem to them at all possible that the small force under General Taylor, twenty miles away at the seaside, could cut through overwhelming numbers to the relief of the garrison.It was just as dark in the American camp on the coast, but there were many campfires burning, and by the light of these and numberless lanterns there were busy preparations making for the forward march, which was to begin in the morning. There was an immense amount of anxiety in the minds of all the Americans who were getting ready, but it was only on account of the fort and garrison, for that little army had a remarkable degree of confidence in its own fighting capacity.It is never as dark on the land, apparently, as it is at sea, where even the lights hung out by a ship seem to make all things darker, except

A Particle of Dread

The Romance of War Inventions

A Columbus of space

A Tale of Jerusalem

A Parody Outline of History

The Joy of Having Children