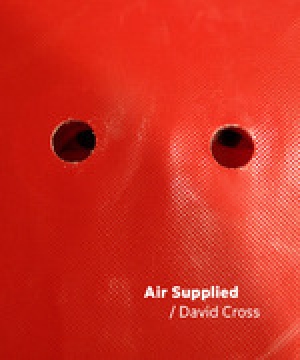 Air Supplied doubles as an artbook and edited collection of critical essays on the work of Australian-based artist David Cross.
Download book (pdf - 100.06 MB)
This link for educational purpose only. Please remove file from your computer after familiarization.

Air Supplied doubles as an artbook and edited collection of critical essays on the work of Australian-based artist David Cross. Known for his practice with inflatable structures, his projects often draw audiences into unexpected situations and dialogues. Working across performance/participatory art and object-based environments, Cross has developed a unique body of work that focuses on relationships between pleasure, the grotesque, and phobia. His curious architectural structures, which often resemble children’s funhouses, draw participants into physically and psychologically complex scenarios. While often large in scale, these structures at the same time create a framework around which ideas of intimacy and haptic experience can be negotiated and challenged. Since 2011 Cross has begun to work increasingly in the public sphere, developing works that navigate the relationship between sport, collective decision making, and sensory deprivation. Capturing work since 2005 that was produced in Europe, Eastern Europe, North America, and Australasia, Air Supplied features a survey essay by New Zealand-based Martin Patrick, an interview with the artist, and eleven commissioned essays on each of the artworks. The publication also includes a separate booklet of field notes by the artist, capturing reflections on each of the works.