All Cats Are Gray Sented by Emma 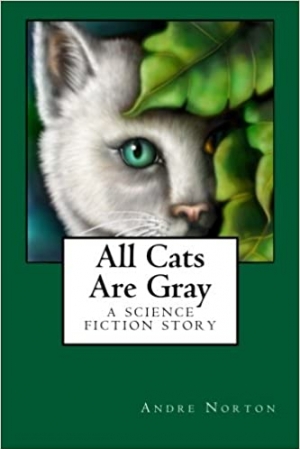 All Cats Are Gray

It was Steena who told Bub Nelson about the Jovan moon-rites -- and her warning saved Bub’s life six months later.
Download book (epub - 965.69 KB)
This link for educational purpose only. Please remove file from your computer after familiarization.

It was Steena who told Bub Nelson about the Jovan moon-rites -- and her warning saved Bub’s life six months later. It was Steena who identified the piece of stone Keene Clark was passing around a table one night, rightly calling it unworked Slitite. That started a rush which made ten fortunes overnight for men who were down to their last jets. And, last of all, she cracked the case of the Empress of Mars. All the boys who had profited by her queer store of knowledge and her photographic memory tried at one time or another to balance the scales. But she wouldn’t take so much as a cup of Canal water at their expense, let alone the credits they tried to push on her. Bub Nelson was the only one who got around her refusal. It was he who brought her Bat. About a year after the Jovan affair he walked into the Free Fall one night and dumped Bat down on her table. Bat looked at Steena and growled. She looked calmly back at him and nodded once. From then on they traveled together -- the thin gray woman and the big gray tom-cat.