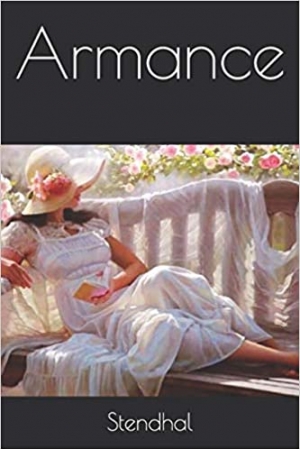 Stendhal’s first novel is a romance novel set during the Bourbon Restoration and published anonymously in 1827.
Download book (pdf - 804.16 KB)
This link for educational purpose only. Please remove file from your computer after familiarization.

Stendhal’s first novel is a romance novel set during the Bourbon Restoration and published anonymously in 1827. Octave de Malivert, a taciturn but brilliant young man barely out of the Ecole Polytechnique is attracted to Armance Zohiloff, who shares his feelings. The novel describes how a series of misunderstandings have kept the lovers Armance and Octave divided. Moreover, a series of clues suggest that Octave is impotent as a result of a severe accident. Octave is experiencing a deep inner turmoil; he himself illustrates the pain of the century’s romantics. When the pair do eventually marry, the slanders of a rival convince Octave that Armance had married only out of selfishness. André Gide regarded this novel as the best of Stendhal’s novels, whom he was grateful to for having created a helpless lover, even if he reproached him for having eluded the fate of this love: ‘I can hardly convince myself that Armance, as painted for us by Stendhal, would have been suited by it.’ In Umberto Eco’s novel The Prague Cemetery, the protagonist Simone Simonini pleads with another character, Yuliana Glinka, that he suffers the same fate as Stendhal’s Octave de Malivert - whose readers had long speculated about – and thus can’t pursue the offer she had made him.