Beyond the Door Sented by Daniel 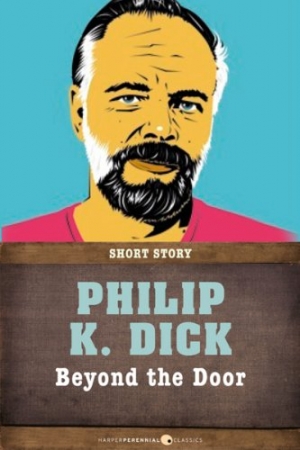 When Larry Thomas purchases a cuckoo clock for his wife he finds that he is woefully unprepared for what awaits beyond the door of the clock.
Download book (pdf - 289.98 KB)
This link for educational purpose only. Please remove file from your computer after familiarization.

When Larry Thomas purchases a cuckoo clock for his wife he finds that he is woefully unprepared for what awaits beyond the door of the clock.

Philip K. Dick was an American science-fiction novelist, short-story writer and essayist. His first short story, “Beyond Lies the Wub,” was published shortly after his high school graduation. Some of his most famous short stories were adapted for film, including “The Minority Report,” “Paycheck,” “Second Variety” (adapted into the film Screamers) and “We Can Remember It For You Wholesale” (adapted into the film Total Recall).

HarperCollins brings great works of literature to life in digital format, upholding the highest standards in ebook production and celebrating reading in all its forms. Look for more titles in the HarperCollins short-stories collection to build your digital library.

The Adventures of A Brownie

The Scarecrow of Oz

The Well at the World's End