Brigands of the Moon Sented by Cameron 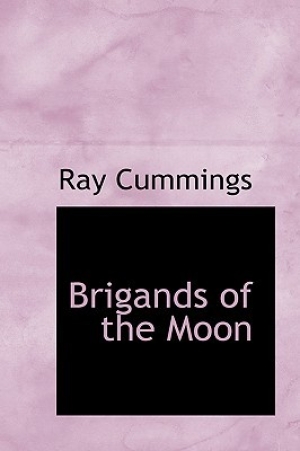 Brigands of the Moon

Gregg Haljan was aware that there was a certain danger in having the giant spaceship Planetara stop off at the moon to pick up Grantline's special cargo of moon ore.
Download book (pdf - 997.87 KB)
This link for educational purpose only. Please remove file from your computer after familiarization.

Gregg Haljan was aware that there was a certain danger in having the giant spaceship Planetara stop off at the moon to pick up Grantline's special cargo of moon ore. For that rare metal--invaluable in keeping Earth's technology running--was the target of many greedy eyes. But nevertheless he hadn't figured on the special twist the clever Martian brigands would use. So when he found both the ship and himself suddenly in their hands, he knew that there was only one way in which he could hope to save that cargo and his own secret--that would be by turning space-pirate himself and paying the Brigands of the Moon back in their own interplanetary coin.

A Smile of Fortun

The Silver Cache of the Pawnee

Tales of Daring and Danger

The Keepers of the King's Peace