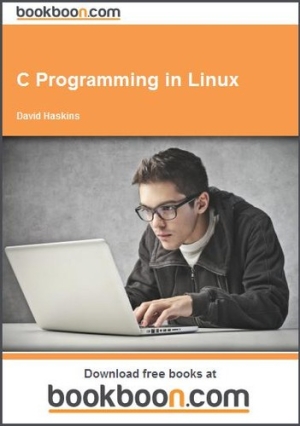 This book will give you an interesting glimpse into a powerful lower-level world, using a series of web development examples. It explains how to write and compile C programs for the Linux operating system. The author introduces operators for manipulating C expressions, functions and structured programming, loop statements, numeric arrays, pointers, strings, memory management, and disk files.

Because the C language is like Latin - it is finite and has not changed for years. C is tight and spare, and in the current economic climate we will need a host of young people who know C to keep existing critical systems running.

C is built right into the core of Linux and Unix. The design idea behind Unix was to write an operating system in C so all you needed to port it to a new architecture was a C compiler. Linux is essentially the success story of a series of earlier attempts to make a PC version of Unix.

A knowledge of C is now and has been for years a pre-requisite for serious software professionals and with the recent popularity and maturity of Open Systems this is even more true. The terseness and perceived difficulty of C saw it being ousted from university teaching during the late 1990s in favour of Java but there is a growing feeling amongst some teaching communities that Java really is not such a good place to start beginners.

Using C on the UNIX System

Java to C: A Primer