Call of the Cumberlands Sented by Christopher 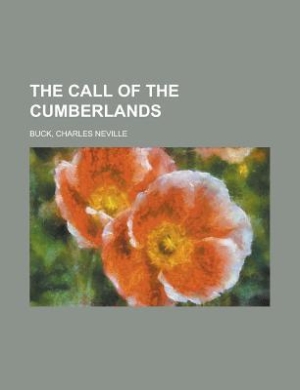 Call of the Cumberlands

An ordinary Kentucky feud story with good local color and atmosphere. The hero is taken to New York where he becomes a successful artist, but he returns to Kentucky to end the feud by methods of law and order and to find his old sweetheart transformed by the years.
Download book (pdf - 942.10 KB)
This link for educational purpose only. Please remove file from your computer after familiarization.

Excerpt: ... the evil glint in Tamarack's blood-shot eyes. He took one slow step forward, and held out his arms. "Will ye come ter me?" he commanded, "or shall I come an' git ye?" The girl's fingers at that instant fell against something cooling and metallic. It was Samson's rifle. With a sudden cry of restored confidence and a dangerous up-leaping of light in her eyes, she seized and cocked it. CHAPTER XVI The girl stepped forward, and held the weapon finger on trigger, close to her cousin's chest. "Ye lies, Tam'rack," she said, in a very low and steady voice-a voice that could not be mistaken, a voice relentlessly resolute and purposeful. "Ye lies like ye always lies. Yore heart's black an' dirty. Ye're a murderer an' a coward. Samson's a-comin' back ter me.... I'm a-goin' ter be Samson's wife." The tensity of her earnestness might have told a subtler psychologist than Tamarack that she was endeavoring to convince herself. "He hain't never run away. He's hyar in this room right now." The mountaineer started, and cast an apprehensive glance about him. The girl laughed, with a deeply bitter note, then she went on: "Oh, you can't see him, Tam'rack. Ye mout hunt all night, but wharever I be, Samson's thar, too. I hain't nothin' but a part of Samson-an' I'm mighty nigh ter killin' ye this minute-he'd do hit, I reckon." "Come on now, Sally," urged the man, ingratiatingly. He was thoroughly cowed, seeking compromise. A fool woman with a gun: every one knew it was a dangerous combination, and, except for himself, no South had ever been a coward. He knew a certain glitter in their eyes. He knew it was apt to presage death, and this girl, trembling in her knees but holding that muzzle against his chest so unwaveringly, as steady as granite, had it in her pupils. Her voice held an inexorable monotony suggestive of tolling bells. She was not the Sally he had known before, but a new Sally, acting under a quiet sort of exaltation, capable of anything. He knew that, ..

A Waif of the Mountains

A Boy Made of Blocks

The Voice of the Pack

The God Of His Fathers & Other Stories

The Eagle of the Empire