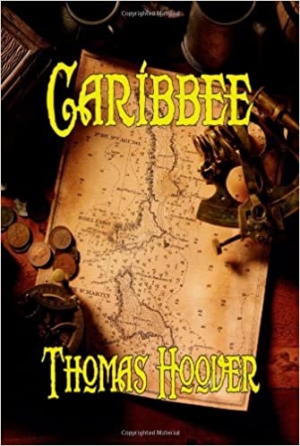 Barbados, 1648. The lush and deadly Caribbean paradise, domain of rebels and freeholders, of brigands, bawds and buccaneers. CARIBBEE is the untold story of the first American revolution, as English colonists pen a Declaration of Defiance gainst Parliament and fight a full-scale war for freedom against an English fleet -- with cannon, militia, and many lives lost -- over a century before 1776. An assured, literate saga, the novel brims with the rough and tumble characters who populated the early American colonies.
Download book (pdf - 1.42 MB)
This link for educational purpose only. Please remove file from your computer after familiarization.

The Untold Story of the First American Revolution Barbados, 1648. The lush and deadly Caribbean paradise, domain of rebels and freeholders, of brigands, bawds and buccaneers. Where the flames of revolution exploded a full 130 years before engulfing the American mainland. And where a dark, enslaved race secretly practiced the mysterious rites of a distant continent while daring to whisper the forbidden word... "Freedom." This is the sweeping tale of Hugh Winston, lusty, swashbuckling captain of The Defiance, and the lovely, tempestuous firebrand Katherine Bedford; the two trapped in a bloody pitched battle against the overwhelming forces of British tyranny. A story of love and betrayal, of slavery, war, piracy in the exotic land that gave birth to the fiery American ideal of "Liberty or Death." From the splendor of Barbados, to the rain forests of Tortuga, to the battle-scarred Jamaican coast, a magnificent novel of a time, a place, and a people you will never forget.