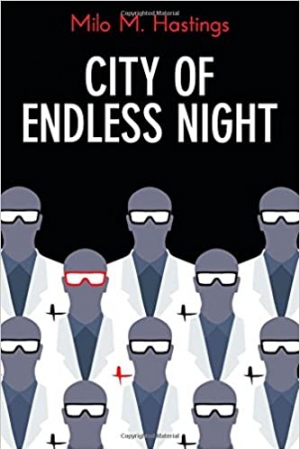 A fascinating and disturbing dystopian vision from a neglected sci-fi master, imagining an all too terrifying alternate ending to World War I and its implications for the human race
Download book (epub - 268.45 KB)
This link for educational purpose only. Please remove file from your computer after familiarization.

A fascinating and disturbing dystopian vision from a neglected sci-fi master, imagining an all too terrifying alternate ending to World War I and its implications for the human race

The year is 2041. Since the end of WWI, Berlin has been an enormous subterranean city, home to 300 million citizens who have never seen the sun, and presided over by the autocratic Hohenzollern dynasty. Every aspect of life is regimented; from controlled rations that are issued on the basis of work-for-food, to a press that works exclusively under the auspices of the Information Service. Christianity has been abolished and all breeding is carried out on the basis of strict eugenic principles. Lyman De Forrest, an American chemist, discovers a way of neutralizing Berlin's defenses and, assuming the identity of a dead German man, enters the city to discover its hidden truths. The first outsider for decades to enter the forbidden metropolis, he is horrified to find a society where women are kept in isolation for breeding or the pleasuring of high status men. Can De Forrest escape this living tomb? Published shortly after the end of WWI, this tremendous example of early dystopian science fiction is thought to have been the inspiration behind Fritz Lang's Metropolis.

Image of the Gods

Death of a Spaceman

Hellhounds of the Cosmos

The Instant of Now

The Unparalleled Adventure of One Hans Pfaall