Cognitive Dynamics on Clausewitz Landscapes: The Control and Directed Evolution of Organized Conflict Sented by Rebecca 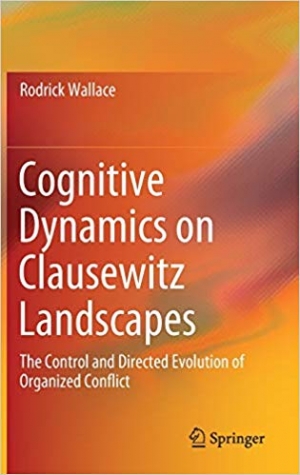 Cognitive Dynamics on Clausewitz Landscapes: The Control and Directed Evolution of Organized Conflict

Download book (pdf - 3.80 MB)
This link for educational purpose only. Please remove file from your computer after familiarization.

This book applies cutting-edge methods from cognitive and evolutionary theories to develop models of conflict between hierarchically-structured cognitive entities under circumstances of imprecision, uncertainty and stress. Characterized as friction and the fog-of-war by the Prussian military theorist Carl von Clausewitz, such conditions impair institutional cognition in real-time conflict and pose a real and continuing threat to organizations, such as the US military. In a linked collection of formal essays and a mathematical appendix, the book explores different aspects of cognitive and evolutionary process as conducted under the direction of doctrine that acts as a kind of genome for retention of what is learned through Lamarckian evolutionary selection pressures: armies and corporate entities learn from conflict, and incorporate that learning into their ongoing procedures. The book proposes models and policy solutions for strategic competence.

A central feature of the book is a formal description of the famous OODA loop of the US military theorist John Boyd in terms of the Data Rate Theorem that links control and information theories. That description is expanded to cover more fully the impact of stochastic fog-of-war effects on tactical and operational scales of conflict. Subsequent chapters examine in more detail the role of doctrine, and the particular effect of embedding culture on cognitive and Lamarckian evolutionary processes associated with conflict on tactical, operational, and strategic scales and levels of organization. A scientifically sophisticated exercise in applied mathematics, history, evolutionary theory, and ecosystem theory, this book will be appropriate for researchers and students interested in defense, security, and international relations, as well as non-academic career professionals in government and industry.

An Introduction to HTML5 Game Development with Phaser.js Sented by Steve Bark