Constantine the Emperor Sented by Luis 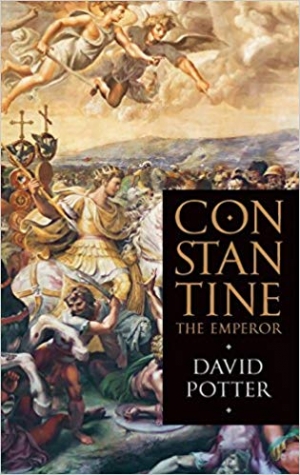 Download book (pdf - 5.05 MB)
This link for educational purpose only. Please remove file from your computer after familiarization.

No Roman emperor had a greater impact on the modern world than did Constantine. The reason is not simply that he converted to Christianity, but that he did so in a way that brought his subjects along after him. Indeed, this major new biography argues that Constantine's conversion is but one feature of a unique administrative style that enabled him to take control of an empire beset by internal rebellions and external threats by Persians and Goths. The vast record of Constantine's administration reveals a government careful in its exercise of power but capable of ruthless, even savage, actions. Constantine executed (or drove to suicide) his father-in-law, two brothers-in-law, his eldest son, and his once beloved wife. An unparalleled general throughout his life, planning a major assault on the Sassanian Empire in Persia even on his deathbed. Alongside the visionary who believed that his success came from the direct intervention of his God resided an aggressive warrior, a sometimes cruel partner, and an immensely shrewd ruler. These characteristics combined together in a long and remarkable career, which restored the Roman Empire to its former glory.

Beginning with his first biographer Eusebius, Constantine's image has been subject to distortion. More recent revisions include John Carroll's view of him as the intellectual ancestor of the Holocaust (Constantine's Sword) and Dan Brown's presentation of him as the man who oversaw the reshaping of Christian history (The Da Vinci Code). In Constantine the Emperor, David Potter confronts each of these skewed and partial accounts to provide the most comprehensive, authoritative, and readable account of Constantine's extraordinary life.

Paul and the Apocalyptic Imagination

Illustrations Of The Book Of Job

Messages from the Epistle to the Hebrews

Sarah Coakley and the Future of Systematic Theology

The Monk Who Sold His Ferrari: A Fable About Fulfilling Your Dreams & Reaching Your Destiny

Commentary on Genesis, Vol. II Luther on Sin and the Flood

From Shy To Social: The Shy Man's Guide to Personal & Dating Success

The Cities of Refuge: or, The Name of Jesus: A Sunday book for the young
Book Detail
Category Author
Latest Downloads

True Letters from a Fictional Life Sented by Paul