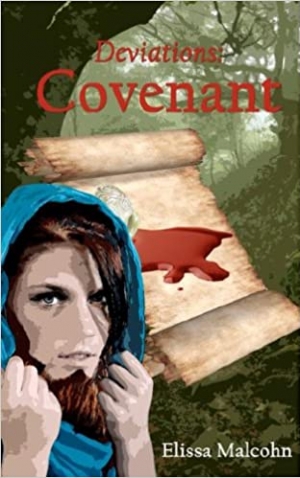 Fifteen years have passed since Rudder annexed Promontory. Seventeen years have passed since the Covenant's destruction. Born in-between those two events, TelZodo is coming of age in Crossroads. And he is in trouble. He should have been a scientist like his parents, Ghost and Piri, but the lab and its corpses terrify him. His freedom from Yata dependence made him a celebrated hybrid child, but he is sterile. Living as a whore and driven to the brink of madness, TelZodo's only salvation is to return to his birthplace, Promontory, a city that once wanted him dead. Living in Promontory and hobbled by poor health, TripStone's life is equally bleak. The region's austerity has made her hard, and the last thing she wants is a visit from Ghost's "crazy" son. TelZodo's arrival plunges them into a battle of wills that strips them down to their emotional cores, leaving them no choice but to face their personal demons together -- if they don't kill each other first.