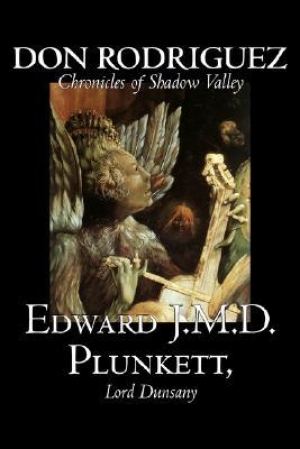 A coming of age story set in the mythical "golden age" of Spain. The titular character is excluded from the inheritance of the family castle on the grounds that given his expertise with sword and mandolin he should be able to win his own estate and bride. Setting out to achieve his place in the world, Rodriguez quickly acquires a Sancho Panza-like servant, Morano, and goes on to experience a series of adventures en route to his goal.
Download book (pdf - 952.97 KB)
This link for educational purpose only. Please remove file from your computer after familiarization.

After long and patient research I am still unable to give to the reader of these Chronicles the exact date of the times that they tell of. Were it merely a matter of history there could be no doubts about the period; but where magic is concerned, to however slight an extent, there must always be some element of mystery, arising partly out of ignorance and partly from the compulsion of those oaths by which magic protects its precincts from the tiptoe of curiosity.

Moreover, magic, even in small quantities, appears to affect time, much as acids affect some metals, curiously changing its substance, until dates seem to melt into a mercurial form that renders them elusive even to the eye of the most watchful historian.

It is the magic appearing in Chronicles III and IV that has gravely affected the date, so that all I can tell the reader with certainty of the period is that it fell in the later years of the Golden Age in Spain.