Doors of the Night Sented by Emma 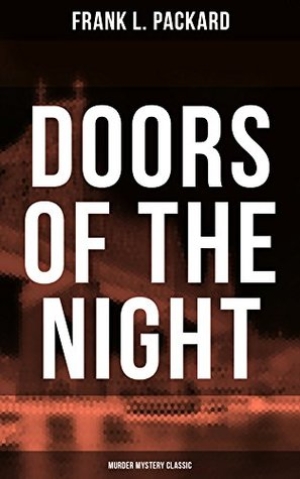 Doors of the Night

There are twenty-six nail-biting chapters in this exciting novel from Frank L. Packard.
Download book (pdf - 1.05 MB)
This link for educational purpose only. Please remove file from your computer after familiarization.

Things don't look good for Billy Kane when his millionaire employer David Ellsworth is found murdered and robbed. All evidences suggest that he is the one who did it, and those circumstances dictate that he must go in hiding. As Billy wonders further in New York's criminal underground, he gets mistaken for a notorious Buddy Morgan, known as The Rat, one of the bosses of the underworld. Seizing on the unlikely opportunity to clear his name Billy decides to pit the underworld in a fight on the side of justice against the police. Frank Lucius Packard (1877-1942) was a Canadian novelist best known for his Jimmie Dale mystery series. As a young man he worked as a civil engineer for the Canadian Pacific Railway. His experiences working on the railroad led to his writing a series of railroad stories and novels. Packard also wrote number of mystery novels, the most famous of which featured a character called Jimmie Dale, a wealthy playboy by day and a fearless crime fighter by night. Jimmie Dale novels brought the idea of a costume and mask for hero's secret identity, and also established the concept of a hero's secret hideout or lair.

Diary Of A Madman

A Columbus of Space

An Abundance of Katherines

The Man of the Forest

A History of Britain