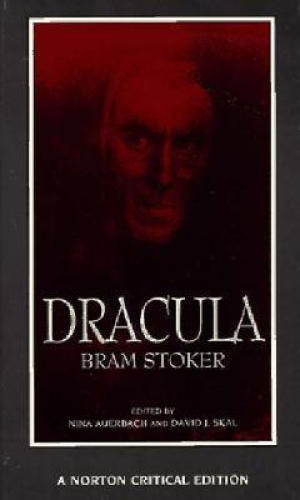 The world's best-known vampire story begins by following a naive young Englishman as he visits Transylvania to meet a client, the mysterious Count Dracula. Upon revealing his true nature, Dracula boards a ship for England, where chilling and gruesome disasters begin to befall the people of London...
Download book (pdf - 1.59 MB)
This link for educational purpose only. Please remove file from your computer after familiarization.

A rich selection of background and source materials is provided in three areas: Contexts includes probable inspirations for Dracula in the earlier works of James Malcolm Rymer and Emily Gerard. Also included are a discussion of Stoker's working notes for the novel and "Dracula's Guest," the original opening chapter to Dracula. Reviews and Reactions reprints five early reviews of the novel. "Dramatic and Film Variations" focuses on theater and film adaptations of Dracula, two indications of the novel's unwavering appeal. David J. Skal, Gregory A. Waller, and Nina Auerbach offer their varied perspectives. Checklists of both dramatic and film adaptations are included.

A Chronology and a Selected Bibliography are included.