Evolved to Win Sented by Musa 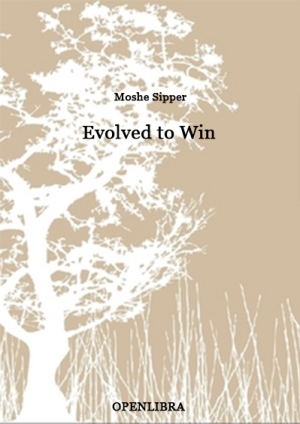 The application of computational intelligence techniques within the vast domain of games has been increasing at a breathtaking speed.
Download book (pdf - 1.92 MB)
This link for educational purpose only. Please remove file from your computer after familiarization.

The application of computational intelligence techniques within the vast domain of games has been increasing at a breathtaking speed. Over the past several years my research group has produced a plethora of results in numerous games of different natures, evidencing the success and efficiency of evolutionary algorithms in general — and genetic programming in particular—at producing top-notch, human-competitive game strategies. At some point, as I surveyed (with a modicum of pride, I must admit) our results, a seed of an idea began to germinate in my mind, finally growing into a persistent inner voice that said: “Write a book”.

I blithely ignored that voice.

But, spurred on by my bright students, the results kept accumulating and that inner voice grew rather clamorous. Then, in July 2011 we won a Gold HUMIE Award for our work on the game of FreeCell. Following a Silver and three Bronzes, this was our fifth such award, four of which were awarded for work done in the domain of games. The inner voice was now threatening to burst out of my head and write the book by itself.

And so I relented, the results of which act are now set before your eyes. I have attempted to lay down a coherent piece of writing that provides the reader with both a guide on the application of the volutionary paradigm within the domain of games as well as a tour de force through the ludic landscape.

The Pragmatic Programmer: Your Journey To Mastery, 20th Anniversary Edition

Introduction to Machine Learning with Python

Introduction to Computing Science and Programming I

Think Java: How to Think Like a Computer Scientist

Migrating to Swift from Android

Pro HTML5 Games: Learn to Build your Own Games using HTML5 and JavaScript