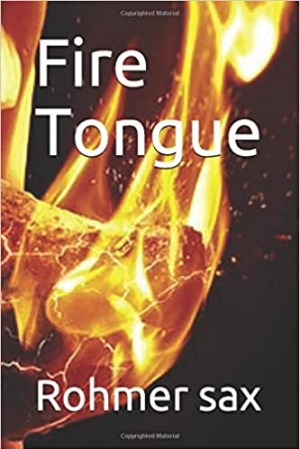 As Paul Harley placed an armchair for his visitor, his glance met that of Doctor McMurdoch, and in the gloomy eyes he read admiration of this girl who could thus conquer the inherent weakness of her sex and at such an hour and after a dreadful ordeal set her hand to the task which fate had laid upon her.
Download book (epub - 471.29 KB)
This link for educational purpose only. Please remove file from your computer after familiarization.

As Paul Harley placed an armchair for his visitor, his glance met that of Doctor McMurdoch, and in the gloomy eyes he read admiration of this girl who could thus conquer the inherent weakness of her sex and at such an hour and after a dreadful ordeal set her hand to the task which fate had laid upon her. Doctor McMurdoch sat down on a chair beside the door, setting his silk hat upon the floor and clasping his massive chin with his hand. “I will endeavour to do as you wish, Miss Abingdon,” said Harley, glancing anxiously at the physician. But Doctor McMurdoch returned only a dull stare. It was evident that this man of stone was as clay in the hands of Phil Abingdon. He deprecated the strain which she was imposing upon her nervous system, already overwrought to the danger point, but he was helpless for all his dour obstinacy. Harley, looking down at the girl’s profile, read a new meaning into the firm line of her chin. He was conscious of an insane desire to put his arms around this new acquaintance who seemed in some indefinable yet definite way to belong to him and to whisper the tragic story he had to tell, comforting her the while. He began to relate what had taken place at the first interview, when Sir Charles had told him of the menace which he had believed to hang over his life. He spoke slowly, deliberately, choosing his words with a view to sparing Phil Abingdon’s feelings as far as possible. She made no comment throughout, but her fingers alternately tightened and relaxed their hold upon the arms of the chair in which she was seated. Once, at some reference to words spoken by her father, her sensitive lips began to quiver and Harley, watching her, paused. She held the chair arms more tightly. “Please go on, Mr. Harley,” she said. The words were spoken in a very low voice, but the speaker looked up bravely, and Harley, reassured, proceeded uninterruptedly to the end of the story. Then: “At some future time, Miss Abingdon,” he concluded, “I hope you will allow me to call upon you. There is so much to be discussed—” Again Phil Abingdon looked up into his face. “I have forced myself to come to see you to-day,” she said, “because I realize there is no service I can do poor dad so important as finding out—” “I understand,” Harley interrupted, gently. “But—” “No, no.” Phil Abingdon shook her head rebelliously. “Please ask me what you want to know. I came for that.” He met the glance of violet eyes, and understood something of Doctor McMurdoch’s helplessness. He found his thoughts again wandering into strange, wild byways and was only recalled to the realities by the dry, gloomy voice of the physician. “Go on, Mr. Harley,” said Doctor McMurdoch. “She has grand courage.”

'Tween Snow and Fire: A Tale of the Last Kafir War

Tom Swift Among the Firefighters

The Camp Fire Girls in the Outside World