For Name and Fame Sented by Rebecca 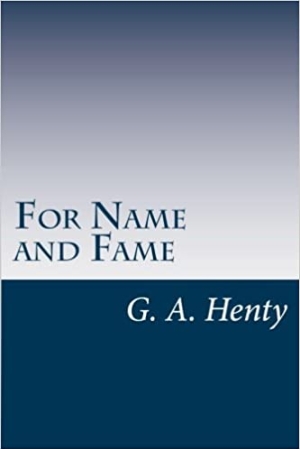 For Name and Fame

"Not only a rousing story, replete with all the varied forms of excitement of a campaign, but, what is still more useful, an account of a territory and its inhabitants which must for a long time possess a supreme interest for Englishmen, as being the key to our Indian Empire."--Glasgow Herald.
Download book (pdf - 1.09 MB)
This link for educational purpose only. Please remove file from your computer after familiarization.

In following the hero of this story through the last Afghan war, you will be improving your acquaintance with a country which is of supreme importance to the British Empire and, at the same time, be able to trace the operations by which Lord Roberts made his great reputation as a general, and a leader of men. Afghanistan stands as a line between the two great empires of England and Russia; and is likely, sooner or later, to become the scene of a tremendous struggle between these nations. Happily, at the present time the Afghans are on our side. It is true that we have warred with, and beaten them; but our retirement, after victory, has at least shown them that we have no desire to take their country while, on the other hand, they know that for those races upon whom Russia has once laid her hand there is no escape.

A Smile of Fortun

No Charge for Alterations

A Smile of Fortune

A Stable for Nightmares

A Prayer for Love