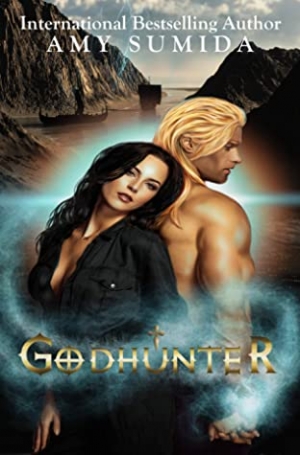 I killed the first god I met.
Download book (pdf - 1.44 MB)
This link for educational purpose only. Please remove file from your computer after familiarization.

It was self-defense. The kills that followed were not, but they were necessary. Preemptive. It was them or me. Until he showed up; eyes full of lightning, a jawline that could cut glass, and the body of a Norse god... which is exactly what he is. One of them. He represents everything that I'm against. Everything that I fear. I should kill him, but I have the strangest feeling that I should trust him. As a witch, I always listen to my gut but as a woman, I know that this time those feelings might be coming from somewhere a little lower.


The Godhunter Series is a Paranormal Romance with Gods, Shapeshifters, Witches, and mythical beasts that will keep you hunting for more.

Praise for The Godhunter Series:

"Anita Blake, eat your heart out!"
"I laughed so much, I often got asked if I was okay!”
"A hidden gem in a sea of dreck."
"Vervain's one of the best female heroines today!"
"(Amy Sumida is) literally a genius when it comes to characters, plots, and romance."
"They are so good, they should be savored, but instead I binged on them like a kid on Halloween."

Laravel: Up & Running: A Framework for Building Modern PHP Apps Sented by Daniel