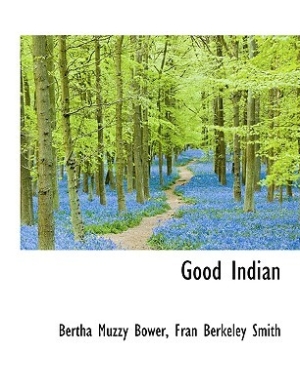 A stirring romance of life on an Idaho ranch, there is excitement and action on every page.
Download book (pdf - 997.29 KB)
This link for educational purpose only. Please remove file from your computer after familiarization.

Excerpt from Good Indian
It was somewhere in the seventies when old Peaceful Hart woke to a realization that gold-hunting and lumbago do not take kindly to one another, and the fact that his pipe and dim-eyed meditation appealed to him more keenly than did his prospector's pick and shovel and pan seemed to imply that he was growing old. He was a silent man, by occupation and by nature, so he said nothing about it; but, like the wild things of prairie and wood, instinctively began preparing for the winter of his life. Where he had lately been washing tentatively the sand along Snake River, he built a ranch. His prospector's tools he used in digging ditches to irrigate his new-made meadows, and his mining days he lived over again only in halting recital to his sons when they clamored for details of the old days when the Indians were not mere untidy neighbors to be gossiped with and fed, but enemies to be fought, upon occasion.

Adventures Among the Red Indians

An Apache Princess: A Tale of the Indian Frontier