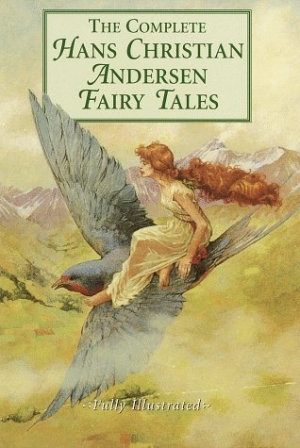 This book contains the complete Andersen's fairy tales and stories hardcopy format.
Download book (pdf - 882.30 KB)
This link for educational purpose only. Please remove file from your computer after familiarization.

ans Christian Andersen was a Danish author and poet. Although a prolific writer of plays, travelogues, novels, and poems, Andersen is best remembered for his fairy tales, a literary genre he so mastered that he himself has become as mythical as the tales he wrote. Andersen's popularity is not limited to children; his stories - called eventyrs, or "fantastic tales" - express themes that transcend age and nationality.

During his lifetime he was acclaimed for having delighted children worldwide and was feted by royalty. Andersen's fairy tales, which have been translated into more than 125 languages, have become culturally embedded in the West's collective consciousness, readily accessible to children, but presenting lessons of virtue and resilience in the face of adversity for mature listeners/readers as well. They have inspired motion pictures, plays, ballets, and animated films